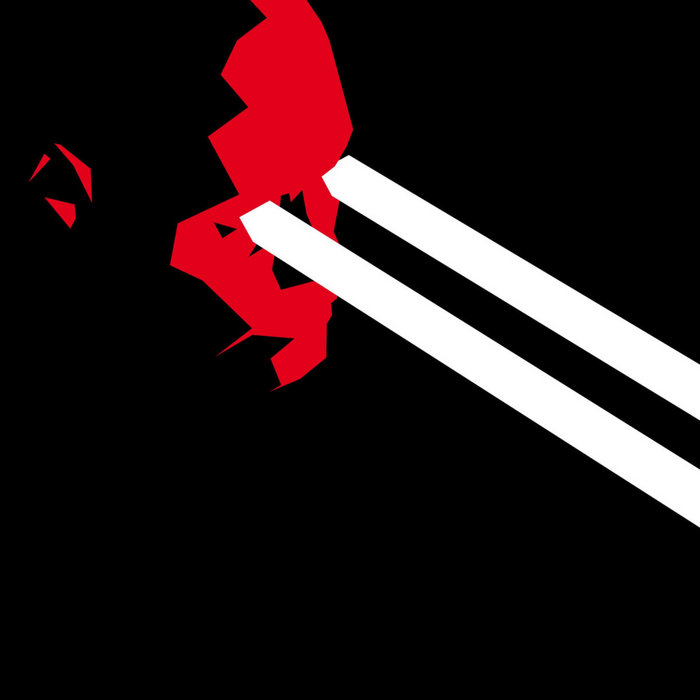 Valborg are undisputed masters of sophisticated primitivism, and now "Zentrum" ("center") combines the best of its two predecessors, the atmospheric depth of "Romantik" and the rawness of "Endstrand".

Once again, an evocative cover artwork by Peter Böhme visualizes the music perfectly: as simple as singular , powerfully striking. Thematically, the trio is maybe more topical than ever, dealing with escalation of any kind and the dissolution of self.

Valborg once more prove that blunt musical force can be used in a refined, even emotional way; during songwriting, the untimely death of their friend and instrument maker René Marquis tore a hole into the family they consider themselves to be and had a significant influence on the material.

For this reason "Zentrum" is, more than anything, about finding the center again. It speaks of condensation and contraction, evoking the color red for heating, once more gaining weight. Musically though, there is and will never be a middle ground…

"Zentrum" is available as Digisleeve CD and LP (black and ltd. white vinyl). At the same time, Lupus Lounge / Prophecy Productions are re-releasing Valborg's entire album discography up to "Romantik" as single Digipak CDs with new artworks and in a limited, numbered box set titled "Urknall", also containing the group's early demos on two additional CDs and a 64-page booklet.